I don’t know about you, but I love to chill on the couch with a glass of wine and watch a movie. I’m a big fan of shows/movies about crime and killers like a lot of women. It’s a genre that we love more than men.

It’s important to pair the right libation with what you are watching and I think Chianti and Chianti Classico are the perfect wine selections for pairing with the killers or a gritty crime drama. The red blend from Italy offers and adventure in the glass filled with aromas of red fruit, balsamic vinegar, tobacco, herbs, and cherries. As I’ve said, Chianti is the OG of the red wines when  it comes to being smooth, seductive, and packed with flavor.

The earliest Chianti dates back to the 13th century. It’s now one of the most popular Italian reds and wine regions.

The following are some of my favorite pairings for crime, killers, and of course..Chianti.

This show is the ultimate  crime drama that ran for twelve seasons that starred Angela Lansbury. It follows the adventures of mystery writer and self proclaimed detective, Jessica Fletcher. I honestly don’t know why anyone invited Jessica anywhere because everywhere she went, somebody died.  Wonderful plots with Fletcher being smarter than any detetive on the scene.

All the old school actors were on the show. It ran for twelve seasons so you have plenty of episodes to binge on.

Everyone is gaga over the hit Netflix show, YOU, but Dexter deserves his props for being one badass killer. The series focuses on a forensic technician named Dexter Morgan (Michael C. Hall) who specializes as a bloodstain pattern analysis. Dexter also just happens to be a serial killer, but he focuses on killing bad people such as murderers who have gotten away with it. His father knew he was different and helped him hone his gift of the dark side.

It’s a highly addictive show. There are times when you feel a little creepy rooting for Dexter, but when he’s done there’s one less murderer on the streets.

This Cecchi Chianti Classico is traditional, balanced, and clean. It’s medium bodied with a touch of sophistication a good combo with clever and crafty Dexter.

If you aren’t looking for a series, how about a killer anthology? Slasher is a popular Canadian show in its third season. It will give you Screams vibes since the killer is always in a mask. Each season stands alone because the season focuses on a different slasher. It’s not clear what the motive is at the beginning so it’s fun figuring out the clues and who’s going to be offered next.

A nice wine to sip as you binge on who did it and why. The Carpineto Chianti Classico comes at you with aromas of violets and berries. It’s so divine.

If you dig a good British based crime drama then Luther is where it’s at. I was tardy to the party on this one, but got eventually got hooked by John Luther the Detective Chief Inspector (DCI) for the crime unit. He’s a bit intense, obsessive, and a wee bit angry sometimes. Once could say that Luther gets carried away and very involved in solving crimes. Besides fabulous writing and gripping storytelling, Luther is played by sexiest man in the world, Idris Elda. Need I say more?

When We Dance by II Palagio is the perfect pairing for Luther. Made by Sting and Trudie Styler’s winery. Smooth and mysterious with black cherry and sandalwood aromas. Plus Elba is a music man himself due to being a popular DJ.

This has to be one of the smartest killer thrillers on television featuring women. The show follows investigator, Eve Polastri ( Sandra Oh) hot on the heels of assassin, Villanelle ( Jodie Corner). It’s the most intriguing cat and mouse game that they start to play. This show is sexy, titillating, and will pull you right in.

The show recently dropped ir’s second season and has already been renewed for season 4.The show is a must watch,especially if you love a good thriller.

Chianti pairing:  The Frescobaldi Nipozzano Chianti Rufina Riserva a smooth and sexy red packed with aromas. Perfect for watching a sensual game of cat and mouse 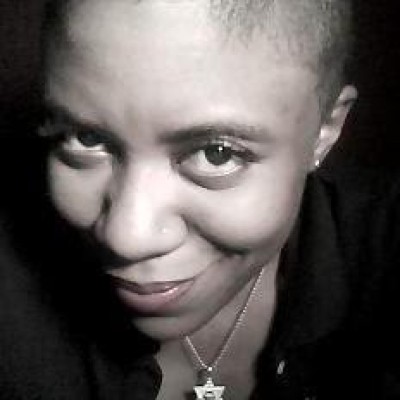 White Wines For The Holidays